Special thanks to Matt Tyson, Department of Theater and Dance and the Staff of Belk Library Information Commons

Hostile Terrain 94 (HT94) is a participatory art exhibition sponsored and organized by the Undocumented Migration Project (UMP), a non-profit research-art-education-media collective, directed by anthropologist Jason De León and brought to Appalachian State University by the Department of Anthropology. The exhibition illuminates the humanitarian crisis occurring at the United States border, a crisis that has claimed over 3,200 lives since the 1990s and continues to do so every day.

The exhibition is composed of thousands of handwritten toe tags that represent migrants who have died trying to cross the Sonoran Desert of Arizona between the mid-1990s to 2019. These tags are geolocated on a wall map of the desert showing the exact locations where remains were found. This installation will simultaneously take place at a large number of institutions, both nationally and globally in 2021 throughout 2022.

The Undocumented Migration Project (UMP) is an internationally known research-education-art collective founded by Jason De León in 2009. The UMP has been featured in numerous academic publications, as well as popular media outlets including The New York Times, RadioLab and the BBC. De León is a professor of Anthropology and Chicana/o Studies at UCLA. He is the author of the award-winning book “The Land of Open Graves: Living and Dying on the Migrant Trail” (UC Press 2015), co-curator of the award-winning exhibition “State of Exception” and a 2017 MacArthur Foundation Fellow. The pop-up installation “Hostile Terrain” is based on the multi-media exhibition of the same name co-produced by Michael Wells and Lucy Cahill.

For campus parking visit https://parking.appstate.edu/visitors-events and for an interactive campus map, visit https://maps.appstate.edu. Please wear a mask and follow all other university safety protocols when on campus.

Programming will include the following:

What: Appalachian students, faculty and staff, as well as Boone community members, are invited to participate in the Hostile Terrain 94 pop-up art exhibition. You can stop by our table in the Belk Library rotunda between 10 a.m. to 6 p.m. to fill out one or more toe tags commemorating the lives lost to US border enforcement policies over the past 20 years.

Sanitized pens will be available.

What: Appalachian students, faculty and staff, as well as Boone community members, are invited to join us for the opening of the exhibition; light refreshments will be provided. Jason De León, the exhibition designer, will join us via Zoom for an informal conversation about HT94 and the border enforcement policies that continue to claim the lives of migrants along the U.S.- Mexico border. De León is a professor of Anthropology and Latin American Studies at UCLA.

HT94: A Conversation with Jason De León via Zoom
Where: Belk Library, Room 114 OR Zoom (register here to attend via Zoom)

What: Appalachian State students, faculty and staff, as well as Boone community members, are invited to join us for a panel discussion on migration policy, border violence and security, and reflections on the film Border South.

The panel will be followed by a screening of Border South, a documentary film highlighting the resilience, ingenuity and humor of immigrants on routes from southern Mexico to the U.S.- Mexico border.

The Department of Anthropology offers a comparative and holistic approach to the study of the human experience. The anthropological perspective provides a broad understanding of the origins as well as the meaning of physical and cultural diversity in the world – past, present and future. With nearly 200 undergraduate majors, the department offers numerous research opportunities for students including field schools, internships, lab projects and independent studies at home and abroad. Students may earn B.A. and B.S. degrees with concentrations in sociocultural anthropology, archaeology, biological anthropology, and social practice and sustainability. Learn more at http://anthro.appstate.edu

As the premier, public undergraduate institution in the state of North Carolina, Appalachian State University prepares students to lead purposeful lives as global citizens who understand and engage their responsibilities in creating a sustainable future for all. The Appalachian Experience promotes a spirit of inclusion that brings people together in inspiring ways to acquire and create knowledge, to grow holistically, to act with passion and determination, and to embrace diversity and difference. Located in the Blue Ridge Mountains, Appalachian is one of 17 campuses in the University of North Carolina System. Appalachian enrolls more than 19,000 students, has a low student-to-faculty ratio and offers more than 150 undergraduate and graduate majors. 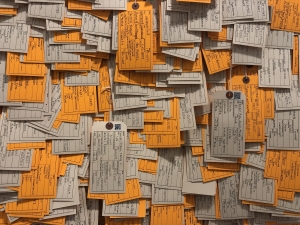 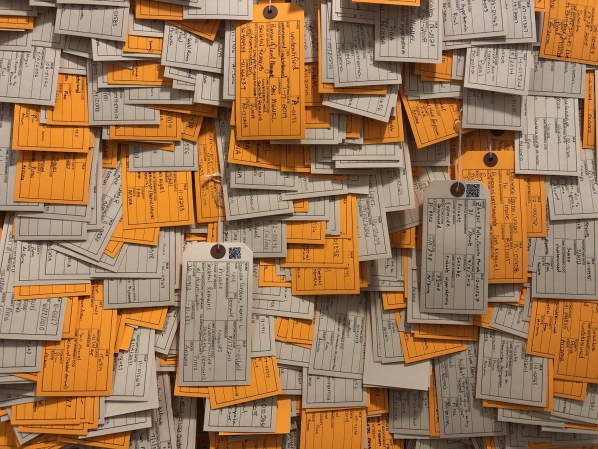