After graduation, I moved out to Denver to serve as an Americorps volunteer in the National Civilian Community Corps. It was the best decision I ever made and a fantastic adventure. My husband and I served on the same team of 10 volunteers (now lifelong friends), traveling around the central United States and working on a variety of service projects for different non-profits: building homes for Habitat for Humanity in Iowa to teaching outdoor education at YMCA camp in the wilds of Michigan to inner city kids from Detroit to trail-building for Texas Parks and Wildlife in West Texas. I worked for the Colorado Organizing Director for a national youth voter registration campaign in 2004, then went to work for Planned Parenthood of the Rocky Mountains. I managed and worked as clinical staff in two family planning primary care clinics in Denver for several years. I really enjoyed that work and thought about going into medicine (I actually worked under our Medical Director and trained medical students and nursing interns), but I was so frustrated with the health care delivery system and dictates from the insurance companies that I couldn't stand to work in that dysfunctional system. That's really how I ended up in health policy advocacy. I tell people in my presentations that I was literally the woman on the phone with the insurance billing clerk, standing next to the physician, translating diagnosis codes, justifying medical procedures and trying to explain the entire process to the patient in my care. I'm a firm believer that if you complain about something, you better be willing to stand up and do something about it. On hard days, I kick myself for ever saying that out loud.

I've worked for the Health Care Campaign for 3 years, coming in just before health reform hit the national political stage in 2009. I have studied the Affordable Care Act since it was a draft bill in congress and much of my job is doing public education and media work on aspects of it. I've had the extraordinary opportunity to meet and work with some instrumental politicians and policy wonks who have shown great courage in trying to fix a system that has been deteriorating for decades. By far, my favorite part is working with volunteers, family members and advocates across the state who tackle really complex policy so that they can speak up for their loved ones who need a better system. Last year, I was hired as the Executive Director and moved to Nashville to work with the governor's administration and the legislature on implementation.

So much of what I do now I can trace back to my training and education in anthropology. I analyze complex power structures and develop political strategies. I negotiate with lots of people from very different backgrounds and cultural lenses, organizing groups of individual volunteers around common interests. I help broker compromises and mediate disputes, using the concept of perspective to help people see one another's viewpoints. Most of all, I read people and figure out how to communicate effectively with them, no matter the philosophical divide between us. I am sure that all of those skills were learned through my ethnographic training and development of a certain world view through the study of anthropology. 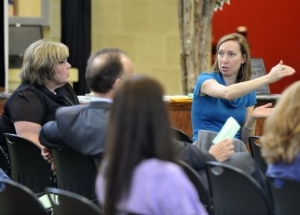 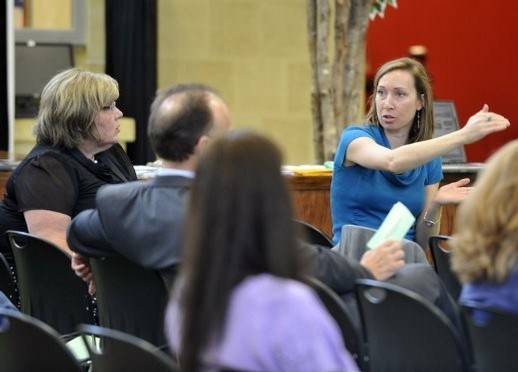