Boone, N.C.- Dr. Susan Lappan of the Department of Anthropology at Appalachian State University received a Fulbright award for her forthcoming research on primate ecology in peninsular Malaysia, entitled "Conservation of the Malaysian Siamang in a Changing World."

Lappan, who is an assistant professor in the department, was awarded the grant in support of a 10-month project to research the ecology and conservation of the siamang, an endangered primate that is only found in Sumatra and peninsular Malaysia. Dr. Lappan's research, which will be conducted in collaboration with the School of Biological Sciences at the Universiti Sains Malaysia, will involve the first systematic survey of siamangs in Malaysia in over thirty years.

Since 2000, Dr. Lappan has conducted field research on siamangs, a species of small apes or gibbons, in Indonesia. For this project, Dr. Lappan will travel to Malaysia from August 2017 to June 2018 to initiate research on the conservation status of siamangs on the Malay Peninsula and their responses to their rapidly changing environment.

Dr. Lappan says that approximately half of the original forest in peninsular Malaysia has been converted to other land uses, including industrial development and agriculture. The fragmentation, loss and degradation of siamang habitat puts them at risk of extinction, Lappan says. However, siamangs and other gibbons may be able to survive in human-altered landscapes, so it is important that scientists carefully assess the suitability of different habitat types for conservation management.

Peninsular Malaysia is in a hotspot for biodiversity and siamangs are a particularly important part of the Malaysian forest ecosystem, as the primates carry and distribute seeds that plant new trees and create habitats for other organisms.

In addition to their ecological importance, Dr. Lappan writes that the species also has cultural importance in the region.

"Because of their charisma and beautiful songs, siamangs are featured in Malay folktales and are important to local culture."

While in Malaysia, Dr. Lappan and her research partners will conduct surveys in protected areas and unprotected forest fragments to determine which forests are still inhabited by viable populations of siamangs and to develop a more comprehensive estimate of the siamang population in Malaysia. This information will help the research team to determine how habitat characteristics affect siamang population densities and to identify the most important sites for conservation actions.

Along with conducting research on the species itself, Dr. Lappan aims to create momentum for a gibbon conservation movement in the area. Working with local universities and non-governmental organizations like the recently-formed Malaysian Primatological Society, Dr. Lappan hopes to increase local interest in and knowledge about gibbon conservation, and to develop a feasible plan of action to ensure the future of the Malaysian siamang.

Dr. Lappan says that the Fulbright grant "makes it possible for me to stay for an extended period of time," which will allow her to develop relationships with Malaysian conservation professionals and work with the next generation of Malaysian primatologists and conservationists to maximize the impact of her research within the area.

"I am really grateful for this opportunity to devote time to my long-term goal of learning everything I possibly can about the species."

As a follow-up to the ten-month grant period, Dr. Lappan and colleagues at Universiti Sains Malaysia and the University of Texas-San Antonio are also developing a five-year plan to continue surveys and other research on the three gibbon species found in peninsular Malaysia, to develop and implement effective conservation plans, and to promote local interest in and capacity for gibbon protection.

"When you work with an endangered species, you start to feel the compelling need to do something."

About the Fulbright Scholarship Program

The Fulbright Program is the flagship international educational exchange program sponsored by the U.S. government and is designed to build relations between the people of the United States and the people of other countries that are needed to solve global challenges. The Fulbright Program is funded through an annual appropriation made by the U.S. Congress to the U.S. Department of State. Participating governments and host institutions, corporations, and foundations around the world also provide direct and indirect support to the program, which operates in over 160 countries worldwide. 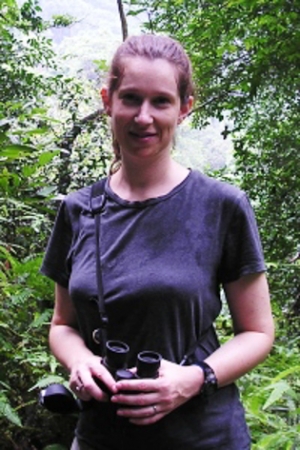 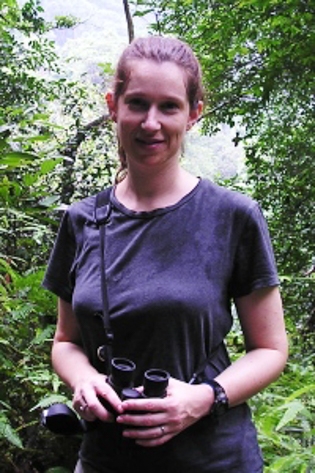