Dr. Reck has conducted ethnographic field work in rural Mexico, India, Nepal and Appalachia. His field research has focused on various impacts of global processes on small communities. His other professional interests focus on ethnographic writing strategies, the history of ethnographic theory, and U.S. foreign policy. Dr. Reck's most recent research and writing have focused on a critical examination of the empire of global capital and how natural and human-made disasters are exploited to expand the reach of that empire.

He served as Chair of the Department of Anthropology from 1979-83 and again from  2002-2011. He was also the first Associate Dean for Research and Grants in the Cratis Williams Graduate School at ASU from 1994 - 2002.

Dr. Reck has received grants from the National Science Foundation and the U.S. Department of Education for over $700,000 in funding and a Fulbright Fellowship for teaching and research in India.

2017 “The Rise of Nationalist Capitalism and the Future of Imperialism,” Human Geography, 10 (2) (with Dinesh Paudel).

2006 "Out of the Cold and Into the Darkness: Shadows of Friendship in Mexico" In Bridges to Humanity, Grindal and Salamone (eds.). Prospect Heights, IL: Waveland Press.

2004 "The War in Iraq and the Project for a New American Century" In War, Terror and the Uncanny: A Post 9/11 Archive. Ucsd.edu: University of California-San Diego.

1986 "Celistino and His Discontents: A Metalogue with Civilization and Its Discontents" .In The Burden of Being Civilized: An Anthropological Perspective on the Discontents of Civilization, Richardson and Webb (eds.). Athens: University of Georgia Press.

Dr. Reck is the author of more than 25 professional articles and almost 50 professional meeting presentations. 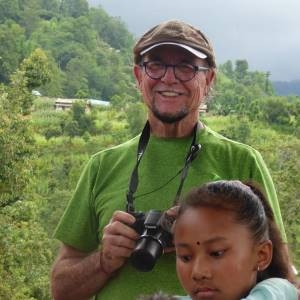