Susan E. Keefe has done fieldwork in Mexico, in Barbados, among Mexican Americans and Anglo Americans in southern California, and among black and white Appalachian peoples in western North Carolina. She has authored and edited six books and monographs, including most recently Appalachian Cultural Competency: A Guide for Medical, Mental Health, and Social Service Professionals (2005) and Participatory Development in Appalachia: Cultural Identity, Community, and Sustainability (2009). She has published over 40 articles and chapters in professional journals and edited books. Her current research is focused on modernity in the mountains. At Appalachian State, she teaches cultural anthropology, medical anthropology, applied anthropology, and qualitative methods and has supervised over 300 student interns both locally and elsewhere in the nation and the world. Her teaching also includes mentoring graduate students, mostly in the Appalachian Studies and Sustainable Development programs. She has served on more than 15 Master's thesis committees in the last decade.

Sue Keefe was born in Spokane, Washington, and began her education in a rural one-room schoolhouse in Priest Lake, Idaho. As a girl, she moved with her family to southern California and ultimately attended the University of California, Santa Barbara, where she received her undergraduate and graduate degrees in anthropology. She has lived in Blowing Rock, NC, for over 30 years where she enjoys cooking, gardening, hiking, and practicing community! She always looks forward to visiting her daughter, Megan, who works in digital video production in Washington, D.C. Her dream is that she and Elvin will return to Italy someday soon. 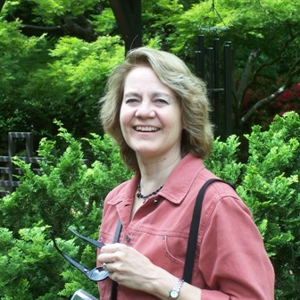