Timothy J. Smith did his undergraduate work at Tulane University, where he received a BA in Latin American Studies (focus on Mesoamerican Linguistics) and a BS in Anthropology, both with Departmental Honors. He did his graduate work in Anthropology (MA and PhD) at the University at Albany, SUNY, and wrote his dissertation while in residence as a visiting fellow at Harvard University and Columbia University. His dissertation was the first complete study of the highland Guatemalan town of Sololá. Given his training in both Latin American Studies and a four-field approach to anthropology, the themes of his research are varied and include a critical examination of community participation, linguistic revival and change, violence and conflict, development, human rights, citizenship and the state, environmental conservation, and grassroots indigenous politics in Latin America (Guatemala and Ecuador).

Dr. Smith recently completed a successful five-year term as Department Chair (2016-2021), during which time the department grew to be the largest undergraduate-only department of anthropology in the United States. Between 2016 and 2021, his leadership and advocacy for faculty and students led to the addition of three tenure-track lines (archaeology, biological anthropology, and sociocultural anthropology), an increase in the numbers of recruited majors and completed degrees, and a sharp increase in both internal and external funding for both faculty and student research and teaching. Because of this, the Department received ratings of "exceeding expectations" in the areas of 1) having an engaged and effective faculty and 2) recruitment, retaining, and graduating students of high quality.

TEACHING: His teaching deals with the cultural politics of representation and indigenous movements, cultural and political constructions of knowledge, language and culture, contemporary Latin America, identity formation, and the practical application of theory/knowledge. In 2015, he was inducted into the Academy of Outstanding Teachers in the College of Arts & Sciences. In 2019, he was also awarded a Campus Excellence in Teaching Award, sponsored by the University of North Carolina Board of Governors.

Guatemala
Smith has been working on a new monograph with the working title of "From Indifference to Passion: Elections, Violence, and the Dignity of Truth in Guatemala," which serves as a twenty-five year ethnographic study of indigenous voter interests, desires, and electoral participation since the end of the genocidal counterinsurgency war in 1996. The study, a contribution to the anthropology of democracy and local governance, explores how participation in electoral politics has provided an organic outlet for indigenous mobilization and declarations, in addition to shaping local understandings of indigenous citizenship and political subjectivities. Given the rise in neoliberal insecurities (ransomed kidnappings, narco-trafficking, armed robberies, femicide, gang violence, etc.) and the subsequent return of the military via iron-fist crime policies, the book also deals with how voting may signal truth-telling acts to complicate particular philosophical explanations for abstention which tend to focus upon disaffection, alienation, and political poverty. With the majority of research conducted in Kaqchikel Mayan (in which he is fluent), his work draws from over 400 interviews with regional indigenous leaders and community members, and high-ranking state officials.

Ecuador
Since 2007, he has made nine summer field trips to Ecuador to collect information for a comparative study with Guatemalan indigenous leadership through the topics of environmental citizenship and indigenous constructions of nature with regards to identity and lived experiences. He has conducted research on the relationships between indigenous communities, government institutions, and environmental issues in the Amazon. By looking at a specific example of community organizing around eco-tourism development projects in the wake of oil extraction, deforestation, and the associated risks (alongside the growth of eco-tourism lodges in Napo Province), and the pro-active stance which Quichua community leaders are starting to take, he hopes to illuminate the creation of new political identities and meanings ascribed to co/overt indigenous organizing through moves toward environmental protection and management. Recently, this research as led to a new project on gender and performance by working with an indigenous women's organization focused upon community tourism.

France
Since 2007, he has also travelled to France numerous times having initiated a study of Mexican immigrants and ex-patriots using a framework of an “ontology of belonging” to explore the ways in which immigrants construct their understandings of national identity and community from abroad, in addition to the multiple pathways through which they maintain ties to their natal communities. His interest in the project has been driven by a desire to move beyond the debate of area studies vs. globalization and build off of the rich scholarship on Latin American immigrants throughout the western hemisphere by looking to Europe. In particular, he has been working with a small community in southern France and exploring self-identification, experience, and coping mechanisms of Mexican nationals as they negotiate ever-changing (and increasingly draconian) French immigration policies and the growing instability of employment for foreign nationals following the global economic crisis of recent years.

Southern Appalachia
Since 2013, he (along with fellow collaborator, Dr. Cameron Lippard of the Department of Sociology) has been involved with a new project looking at economic hardships and coping mechanisms, and how both inform emergent identities among Mexican immigrant farmworkers in Christmas tree farms in five counties in western North Carolina. With the help of four research assistants, their goal is to conduct an ethnographic study of economic indicators, coping and mobility strategies, as well to collect descriptive narratives of the lived experiences of Mexican immigrants who find employment in one of the most economically depressed regions of the United States.

He has taken both graduate and undergraduate students abroad eleven times to Guatemala (2006, 2012) and Ecuador (2007, 2009-2016) through the University of South Florida, Appalachian State University, and Princeton University. In 2006, he brought ten students (graduate and undergraduate) to Guatemala to study indigenous identity before the 16thcentury (pre-Hispanic political structures, urban design, and architecture), during the Colonial Period (religious conversion/subversion, historical writings and documents, and community development), and in the present-day (indigenous government, electoral politics, NGOs, and tourism). In 2007, he was part of the summer teaching faculty for Arizona State University’s Andes and Amazon Field School, offering an introductory course on Quichua, for which he also brought four graduate students and one undergraduate to Ecuador. These students received training in ethnographic field methods (research design, interviewing techniques, and community participation) and linguistic field methods (focusing on Ecuadorian Quichua). In December 2012, he took his Princeton University seminar (focused on indigenous representation and knowledge construction) to Guatemala in order to meet with indigeous leaders and learn about local reflections on the "end of the world" and "dawn of a new age" narratives that became the darlings of U.S. media and Hollywood. From 2009-2015, he has directed a study-abroad program in Ecuador with students for which they focus specifically on indigenous identity and activism as shaped around oil extraction near the shores of the Napo River. In addition, the project seeks to understand a local development models which, initiated by four Quichua-speaking communities, privileges eco-tourism and emphasizes conservation of the Amazonian watershed and the outflow of knowledge about indigenous culture. He returned in 2016 with a new group to work with a women's cooperative that promotes community tourism in order sustain programs on gender inequality, health, and education [Learn more]

A native New Orleanian, he has also lived in Phoenix, Cottonwood, Albany, Guatemala, Boston, New York, Champaign, Tampa, Princeton, and Boone. On the global front, he has spent time in Switzerland, Guatemala, England, Italy, Greece, France, Honduras, Mexico, Ireland, Ecuador, Panama, Colombia, and Spain (in addition to cost-effective 8-hour layovers in the Toronto and Copenhagen airports). Before coming to Appalachian State University in the Fall of 2008, he was Visiting Assistant Professor of Humanities and American Studies at the University of South Florida (2006-2008), where he was also the Associate Director of the Institute for the Study of Latin America and the Caribbean (2005-2006) as well as the Graduate Studies Advisor and also taught classes for the Department of Anthropology. At the University of Illinois at Urbana-Champaign, he was the Associate Director of the Center for Latin American and Caribbean Studies (2004-2005) as well as the Graduate Studies Advisor and also taught for the Department of Anthropology. In 2012, he taught a seminar at Princeton University as a Visiting Assistant Professor in the Department of Anthropology and Visiting Research Scholar for the Program in Latin American Studies, and held a guest appointment with the Office of Population Research.

(2013) "Matthew the Canadian Journalist: Engagement and Representation in Highland Guatemala." In Anthropology and the Politics of Representation, Gabriela Vargas-Cetina (ed.), pp. 119-139. Tuscaloosa: University of Alabama Press.

(2011) After the Coup: An Ethnographic Reframing of Guatemala 1954 (edited with Abigail E. Adams). Urbana: University of Illinois Press.

(2011) "Reflecting upon the Historical Impact of the Coup." In After the Coup: An Ethnographic Reframing of Guatemala 1954, Timothy J. Smith and Abigail E. Adams (eds.), pp.1-16. Urbana: University of Illinois Press.

(2010) "Confronting Violence in Postwar Guatemala." Journal of Latin American and Caribbean Anthropology 15(1):1-15. (with Thomas A. Offit) *Most downloaded article of 2010 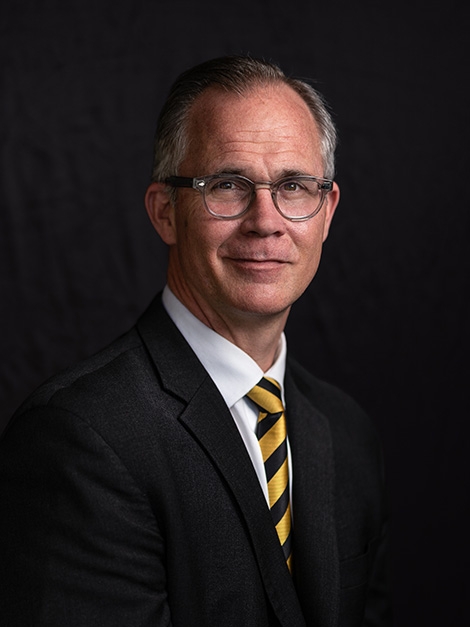