The Weller scholarship recipient is chosen on the basis of academic achievement and financial need. It is named for Stephen Weller, an anthropology student who died as the result of a traffic accident. The award was established by his parents, Richard and Elaine Weller, to honor his memory.

Stephen Richard Weller (1969-1990) was a junior anthropology major who passed in early May of 1990. Stephen was known to all students and faculty as a highly dedicated and motivated student of archaeology. He had planned for two years to spend the summer of 1990 as in intern at Chaco Canyon, New Mexico. The Stephen Richard Weller Memorial Scholarship for Anthropology was established to help students pursue research. His passion and enthusiasm for anthropology remains as an inspiration to us all.

Starting in Spring 2022, students will apply for this scholarship through a portal called Appalachian Scholarship Application Portal (ASAP) instead of using previous departmental application forms.   Scholarship applications for the 2022-2023 academic year will open on January 3, 2022 and close on February 15, 2022.  Apply at ASAP.appstate.edu or through the “Student” tab in your AppalNet account.

The Weller Scholarship is specifically designated for students majoring in Anthropology, who will have completed their sophomore year at Appalachian State University by August of the application year, and who have demonstrated academic achievement (students in their senior year at the time of application are not eligible). Special consideration is given to students who demonstrate a need for financial support. 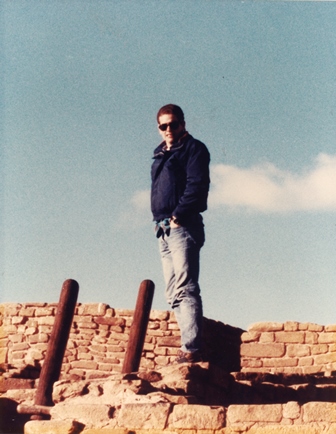 How the student's academic and professional work in anthropology has demonstrated their interests and accomplishments is considered based upon the following criteria: